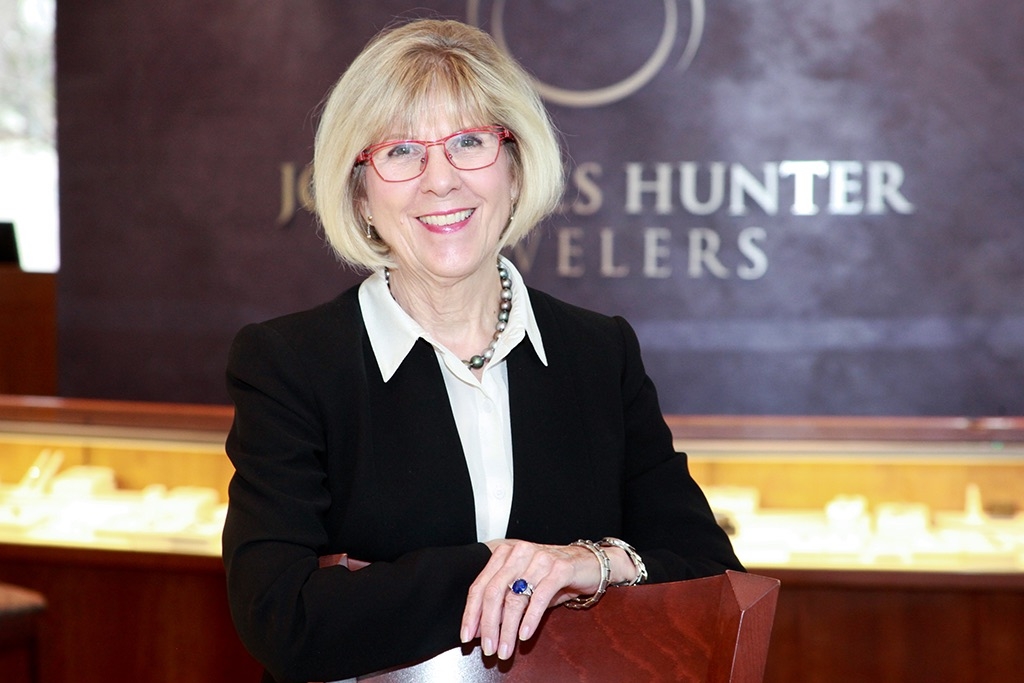 In the early 70’s, Linda Johannes. a single parent and student at Montana State University, began selling turquoise and sterling silver Native American jewelry on the side of the road in Montana. In 1976,  she and a partner opened Lone Mountain Jewelry in downtown Bozeman and also supplied Native American jewelry into five locations in Yellowstone Park. As Native American jewelry began to fade, she began transitioning into selling diamonds and fine jewelry while taking GIA courses to learn the industry. In 1980,  Linda dissolved her first store and opened Johannes and Company in Coeur d’Alene. ID  where she met Glenn Hunter, her future husband and business partner. In 1988, she and Glenn moved to Colorado Springs and opened Johannes Hunter Jewelers as we know it today. Thirty years and three relocations later, Linda can still frequently be found in the store alongside her daughters Robin and Brenda.

In her spare time, Linda enjoys being on the water, hiking, cooking, collecting wine and art, traveling, reading and making (and drinking) fancy martinis.
Robin Johannes 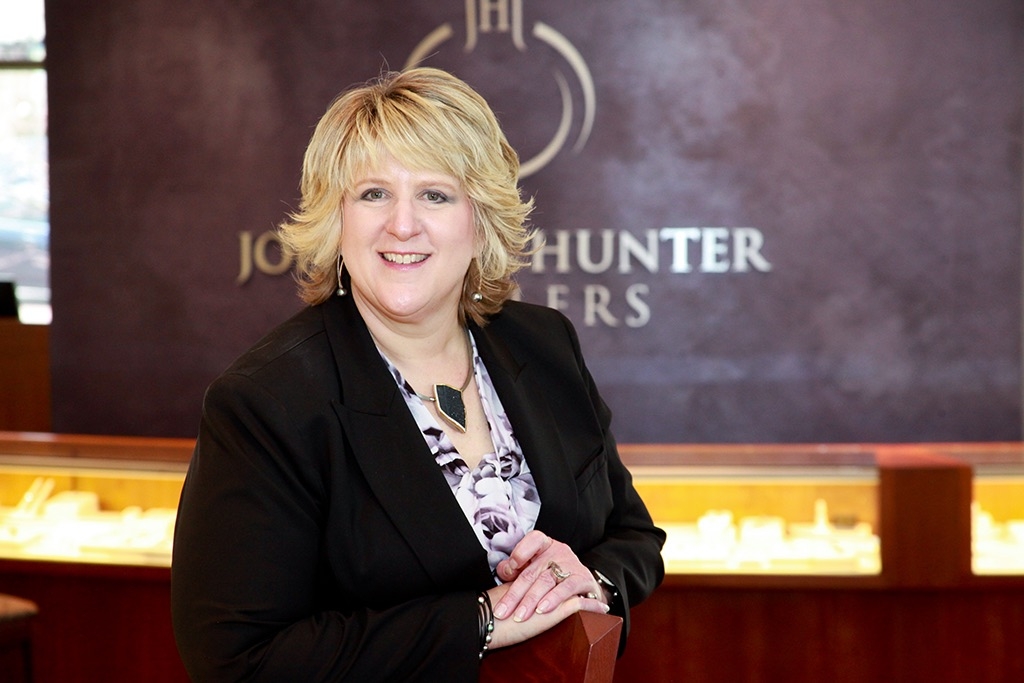 Robin started in the jewelry business at the tender age of 14 helping her Mom, Linda Hunter. Christmas season was upon them and she and a girlfriend dressed up as girlie Santas and plugged the parking meters in downtown Coeur D' Alene, Idaho. Once they plugged the meter, they left a card on the car windshield telling the driver who plugged the meter for them and offered them savings on their first purchase at Johannes and Company Jewelers. The rest is history and nepotism has definitely had its benefits for Robin. She aquired Johannes Hunter Jewelers from Linda and Glenn in 2018. Her staff  laughs when she says her interests outside of work are more work! She loves the industry and many of her involvements outside the jewelry store are still industry related. She is on the board of Leading Jewelers Guild, which is a group of very successful jewelers that come together to support one another with marketing ideas, product ideas and more.   She has been active in philanthropy in Colorado Springs spending many  years in Junior League, Juvenile Diabetes Research Foundation, Children's Literacy Center and Head Start.  Robin loves her cats and her love of elephants has taken her to Africa several times.
Brenda Johannes Boyd 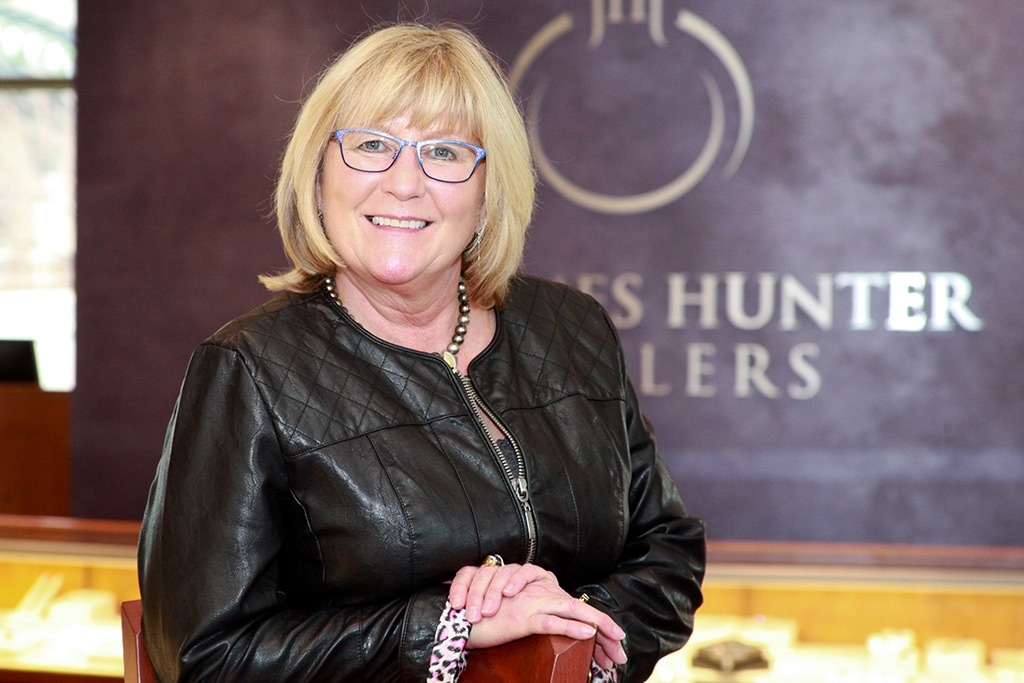 Brenda has been involved in the business since she was only 13, beginning with polishing turquoise silver jewelry for her mother, Linda. She later transitioned into sales in the Coeur D’Alene and Sandpoint stores, where she jokingly comments that she has been fired three times by her own family. Once Linda moved to Colorado Springs, Brenda remained in Coeur D’Alene working for two local jewelry stores. In 1999, she packed up a moving truck and drove to Colorado Springs along with her 8 year old daughter and cat, where she joined her family at Johannes Hunter Jewelers. Helping grow the family business, a love for colored gemstones and a passion for building relationships with her clients continues to draw her to the industry.

In her spare time, Brenda can be found cruising the winding roads of Colorado Springs and Sturgis, SD on her motorcycle.
Rebekah Johnson 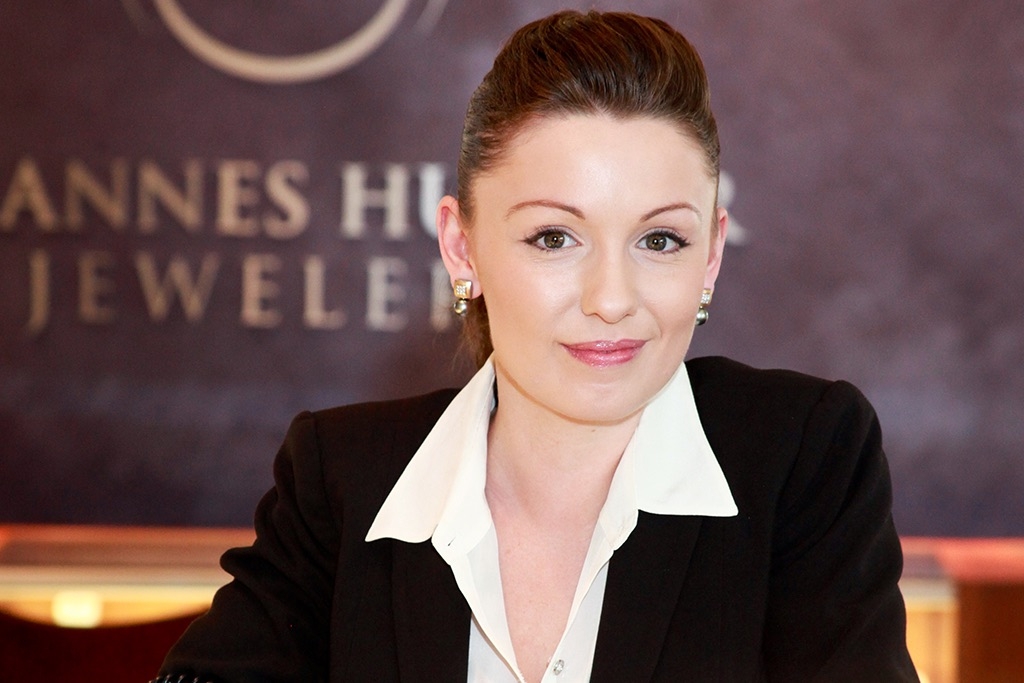 Rebekah grew up across the Midwest where she began a career as a chef. In 2014, she and her husband moved to Colorado Springs to be closer to the mountains. Shortly after, she transitioned to sales within the wedding industry and discovered her passion for people, especially while guiding them through some of the most memorable moments in their lives. In 2015, she jumped from dresses to jewelry and joined the Johannes Hunter Jewelers sales team. She has since completed the Applied Jewelry Professional Program at the Gemological Institute of America to gain further knowledge about the industry, colored gemstones and diamonds. She remains passionate about helping her clients find that perfect expression of love. 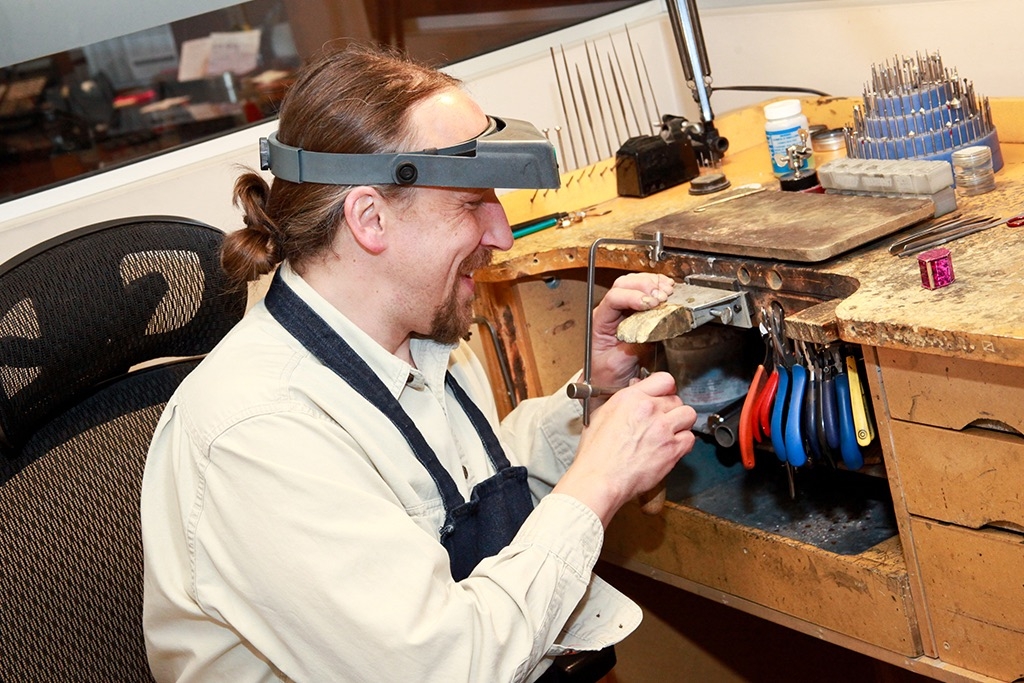 Born and raised in Alabama, Shannon hails from a family of watchmakers, beginning with his grandfather and two great uncles. The family trade was passed down to the next generation and lead to a retail jewelry store owned by Shannon’s uncle. Growing up, Shannon used his inherited hand skills making homemade flies for fly fishing, sketching and playing instruments. At the age of 19, he followed his uncle’s recommendation of apprenticing with a local trade shop jeweler. There, he refined his  talents and later returned to his uncle’s shop as a bench jeweler.  Shannon earned his GIA Diamonds and Diamond Grading  Certificates in 2001. After several years of working with his uncle, studying music and training at a large jewelry manufacturer, he moved to Colorado Springs in 2005 after visiting a friend, falling in love with the mountain views and playing music with a local band. One month later, he accepted a  position at Johannes Hunter Jewelers as the bench jeweler. He has since received his Jewelers of America Certified Bench Jeweler award. He is known in the store  as the “JHJ magician” for his expertise in difficult repairs and is a highly skilled laser welding technician.

Outside of the shop, Shannon can be found playing with his bluegrass band, “Grass It Up”, enjoying bike rides and visiting local breweries.
×